Thanks to you all

Yesterday was about relief and happiness that the last of my health restrictions were lifted (pure coincidence that the 6-month medically imposed driving ban is the same length as the police one for drink driving 😒). Today is for thanks and appreciation.

The end of last year was pretty tough. After the summer I found myself as a full time single parent. And then suddenly my health went haywire and I had to stop driving. That was a huge blow. There I was, living in the burbs, with 2 kids under 10, a long way from the country I grew up in, and I didn’t know what I was going to do. I pretty much went into shock that first day.

But right from that initial moment friends and family were there supporting me. One friend stayed with me in the hospital, another left a basket of treats for me outside my door when I got home. Everywhere I turned people offered help and support. They gave us lifts all over Stockholm, they took me shopping, they baked, they bought stuff and they brought stuff. Big and small things – I was let leave my bike at a house by the school, and a good friend let me have her daughter’s electric scooter to get around. My parents came over to Stockholm to help and make sure we were okay. Work and the school were very supportive and understanding of the occasional absences and delays as we tried to re-balance the lives of three people who now were taking long bus journeys to get around. There were so many offers of help I could not take them all.

But the big thing was the moral and emotional support. The regular phone calls and messages, the tea (and occasional coffee), the beers, the chats, the hugs. It was the “how are you doings?” that let me know people were watching out and cared. This wasn’t just polite platitudes, they repeatedly went out of their way to check on me and the girls, and to provide real help. I am by my nature very independent and self sufficient, so I felt reluctant and guilty calling on that help. But it was so good to see it offered so freely and genuinely.

I don’t think I would have managed to get through it all without all of your support, especially the tough first couple of months. As time went on knowing that people were there if needed meant we were able to adapt to the new normal. And even being sick for 2 weeks with Covid-19 was manageable.

I won’t name check a load of people here (certainly not on a public forum like this)! But I will be taking the time to thank them individually for all of their help. If you don’t hear from me I am very sorry. It is just there have been so many you may have been overlooked by accident.

But I do have to take the time to mention the two girls. They were stars through all of this. Their cosy 20 minutes school run in a car turned into over an hour, on multiple busses, with waits at bus stops in the Swedish winter. Play-dates and after school activities were far harder to manage and arrange. But the two of them took it in their stride. With hardly a complaint they adapted and got on with being the bubbly fun children they are. One example – in six months of taking the bus to school, we never missed it once despite having to get up 30 minutes earlier each morning. They knew the time they had to be ready at, and were going out the door, ready and rearing each and every morning. They are two brilliant girls, and I am so lucky to have them.

So to them and to all you you who helped us get through a difficult period in life, from the bottom of my heart 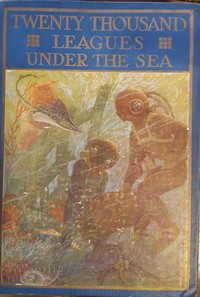 Sometimes you are doing something in a computer game and it gives you a scene that just takes your breath away. This was the amazing view I got as I flew a (stolen) helicopter back into Los Angeles Los Santos in Grand Theft Auto 5.

That was a chance moment, rendered in real time, on a 5 year old PC. And it made me stop and go “wow”.