Best Brexit graph I have seen

This was an interesting read. 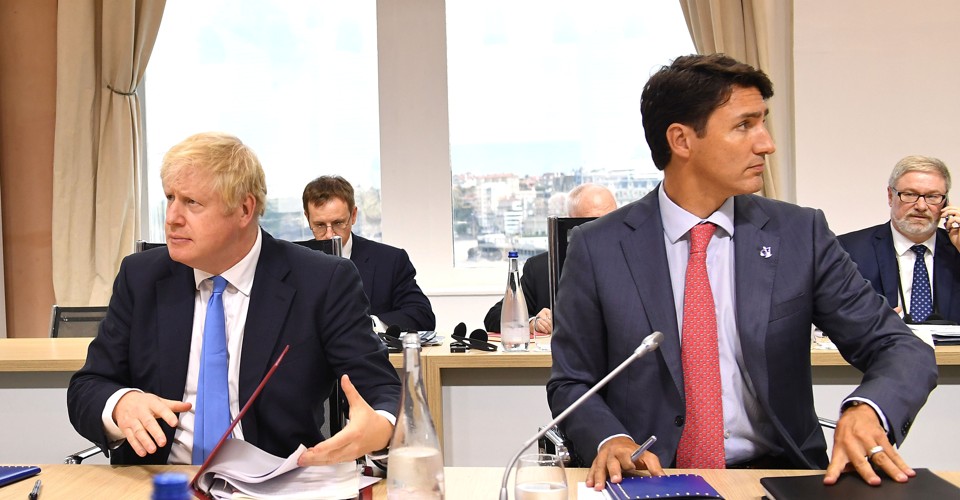 Britain Could Be Canada
Ottawa’s ability to balance its interests and partners offers lessons for London.

There is a major difficulty though. As the article says:

Canada’s understanding of its role in the world is one of its core strengths. “No Canadian ever kidded himself that we were a great power,” he said. “No such memory clouds our thinking.”

But that is one of the great difficulties Britain has. Too many in Britain (at all levels of society and government) still see Britain as a global power. It was inherent to the whole concept of Brexit. Clinging to it was one of the drivers of a desire to depart from the EU. There is little chance that those people would now take a realistic assessment of their diminished role on the global ladder. That would just negate so much of the justification for Brexit in the first place.

It is one of the many reasons why Brexit is an illusionary destination. And having achieved it, the UK will remain trouble with itself for a long time to come.

It was nice as well to see further recognition of the blinder that was played by the Irish government and diplomatic service:

In Britain’s negotiations with Ireland over Brexit, some senior politicians in London were dismissive of the effectiveness of Irish diplomacy. One cabinet minister, who asked for anonymity because of the sensitivity of the negotiations, told me that Ireland was a small country, which meant that the quality of its ministers could not match that of those in the U.K.. And yet this attitude proved part of London’s undoing in the negotiations, which saw Ireland win more of its objectives than Britain did.

The Department of Foreign Affairs in Dublin deserve a huge amount of kudos for the work that has been done. I know a few people from the embassy here in Stockholm, and I like to praise them for their work on this when I meet them. It’s easy to bash the government and civil service at times. But they need to be recognised for they excellent work as well!

Brexit – what is it good for?

As well as providing a huge spur to the analogy industry, Brexit has been very good for educating a lot of people (myself included) on many aspects of law, international trade and so on.

For your education today, here is an excellent article on the mechanics of trade negotiating. And how the pro-Brexit side’s approach of shouting a bit louder to get what you want – will get you SFA.

I was looking at the lengthy, and depressing list of fake stories the British press ran on the EU for 20 years.

It struck me that this systematically feeding nonsense to someone to manipulate their opinions and behaviour has a name – Gaslighting.

The madness that is Brexit is a prime example of the gaslighting of an entire country. Politicans and the public driven to psychosis by a systematic stream of misinformation, deception, and falsehood.

Farage and his kind tick so many of these boxes, it is scary: “11 Warning Signs Of Gaslighting“.

As I Iook at the collapse of the UKs credibility and reputation as a result of the shambles that is Brexit one of the things I would get most angry about is that these shameless manipulators will dodge most of the responsibility to the harm they have done.

One of my guilty pleasures is reading reviews of really bad films. It can be fun to see professional reviews unload in as inventive a way as possible to describe the steaming heaps of manure they were forced by their jobs to give up some hours of their life to.

But I think that pales in comparison to the invective written about Brexit. Anyone with more than a passing knowledge of reality can see how much of a catastrophe this is – a really bad idea to start with, now being executed with jaw dropping incompetence. It’s small comfort as we approach the catastrophe, but stuff like this does bring a little smile to my face.