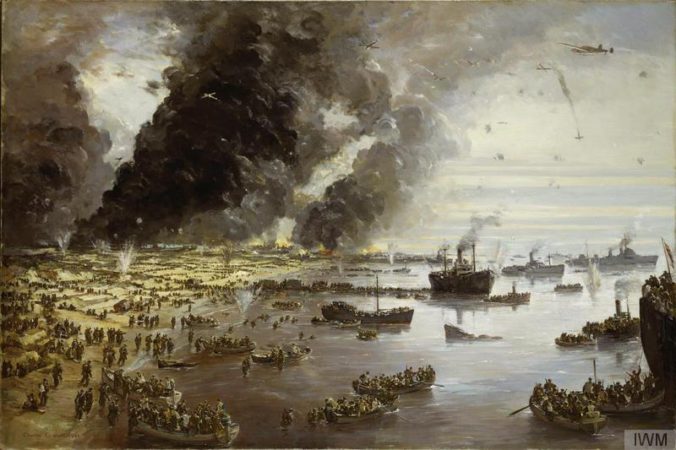 I got to see Christopher Nolan’s Dunkirk last week, in an IMAX theatre. It was my first time in one since the days of the Sheridan IMAX in Dublin before 2000. Back then there were few IMAX films, mostly just indifferent documentaries. I hadn’t been impressed, and it wasn’t a surprise when the Sheridan IMAX closed after only 2 years.

After this trip I have to say that as a cinema experience, with a decent film, IMAX is very impressive. I’d consider paying the premium again for the right type of film.

Was Dunkirk such a film? I would say so. I felt it was very dramatic. At times tense and terrifying, despite leaving out the things that have become standard from modern war films since Saving Private Ryan – rapid cut editing, epic CGI, and buckets of gore. I am not sure how much to credit the film or IMAX, but I was really drawn in. The opening scene with the soldiers walking down the street and then coming under fire from unseen Germans was a good example. The scene was set, you were shocked, and you felt the panic of the characters even though you knew nothing about them.

For the most part the film sustained this through the three separate, but interlocking story lines. But as it got closer to the end it seemed to lose its grip.

There were repeated clangers that broke the immersion. I was left going – “hey hang on”. And it didn’t feel like I was watching a master film maker at the top of his game. Nolan began to take serious liberties with time and space that I struggled to overlook.

The crash landing Spitfire is seen from above to come down beside the small motor boat. But when you see the pilot’s view from inside the cockpit it over flies the motor launch and then flies on for several hundred meters. The Dornier bombs the minesweeper, is shot down, and then circles all the way back to the sinking boat to crash right into the oil slick?

The scene with the soldiers in the trawler just was ridiculous. They debate losing weight by throwing one person overboard while tons of water are sloshing around inside. And then somehow though no one is shown running the engines (or bailing the boat) it is out in the middle of the channel when it sinks. The whole scene where a Spitfire with a stopped engine shooting down a Stuka was beyond silly.

There were a load of minor gaffes as well (e.g. the burning Spitfire at the end was obviously a model). I have seen a list of historical quibbles as well, which you can read up on here. The gist of them was that – the real Dunkirk was more crowded with soldiers and boats, it was smoky all the time (the painting above is from someone who was there), but the weather was dead calm. And despite the impression given in the film, the small craft only picked up about 5% of the soldiers.

The crux here seems to be that Nolan has an aversion to using CGI. As a result much of the beach scenes looked under populated, and cheap. We got the tension and chaos of Dunkirk. But we didn’t get a feel for the scale of the event. Game of Thrones episodes have done “epic” far better on more limited budgets.

There is a degree of nit picking to this. It still is an excellent film. But I think it could have been more with some relatively small changes.

Overall – I would rate it as worth seeing. I’d give it 4/5. But I still think the Dark Knight is Nolan’s best film 🙂

More Avatar. If anyone cares.

James Cameron has announced a 5th Avatar film in a desperate attempt to get somebody, somewhere to care about any of them.

Avatar may have been the highest grossing film ever (until you adjust for inflation, and then it falls to #15), but no one feels deeply for it. I am no fan of Star Wars, but I’ll concede it has millions of fans who love every aspect of it. They dress up as the characters, they speculate endlessly about the next installments, and they buy bucket loads of merchandise.

* Funny that he is adding sequels, when he has yet to even make a second one.