When I first moved to Sweden one of the things that surprised me was how this enviromentally aware, socially concious country is very very car centric. Out in the ‘burbs most people get around by car. The cities are ringed with retail parks accessible only by car. The average car size here is a lot larger than in Ireland. And the brands are fancier. You hardly notice the big Volvo XCs, or their VW, BMW, Audi equivalents. But then this is a country that makes cars. The rule of thumb is – “Countries that make cars, make them cheap (e.g. UK, Germany, USA). Countries that don’t make cars, make them expensive (e.g. Ireland, Denmark)”.

My first Swedish car- an Audi A6

On arrival in 2015 I bought a second hand Audi A6 2L turbo. Not because I was a petrol head that wanted a big luxury car. But because it was being sold at work, and was very good value. An Irish reader will go – “but what about the insurance?!?!?” And with good reason. If you contacted an insurance company in Ireland, newly arrived in the country, with no driving history for them to assess, and looked for a quote on a “luxury performance” car they would either:

a) laugh hysterically, before refusing outright to give you a quote. Or

b) give you one that would be a multiple of the car’s value, and involve handing over 1-2 of your children, as well as selling a few surplus organs.

Car insurance in Ireland is expensive*. It’s totally different in Sweden. Here the car is insured, not the driver. So my policy (fully comprehensive, and where anyone could drive the car) was about €900/year. Which I felt was pretty reasonable.

As an aside the A6 was a joy to drive on motorways. Not so practical in Swedish suburbs, and very thirsty when you did! It is no more though, and I am a bit more enviromentally sound today.

Back when I started this post in January (I discovered it sitting in my drafts folder) I was not driving. There was one big health related reason for that. And it was May before I got behind the wheel again. That was quite a pain in the arse. The suburbs of Stockholm are a place where things are easier with a car. But this being Sweden,  while a car may make things easier it is not essential.

The local bus services are good. And the kids and I were able to adapt, even if we had to get up about 30 minutes earlier each day. Flexitime at work, an understanding boss, and remote working meant I could keep my employer happy. In this internet age it is possible to handle many things online. For the few we couldn’t – local friends, and sometimes family helped.

The biggest routine thing that needed to be taken care of was grocery shopping. But of course you can do that online. My usual supermarket is ICA, the largest chain here in Sweden. It works pretty much how you would expect. Order online, specify a delivery time and day, and pay the 99SEK delivery fee (about €9 – how does that compare to other countries)? As I have a loyalty card for them they can see my past purchases and their online site is quick to pre-populate the shopping cart with my usual stuff.

It’s convenient, really helped with my situation, and generally works well. Except when it doesn’t.

On the second order there was a couple of things I thought I had ordered, but figured I must have left them out. It was on the third order, when I checked, that I was sure I had problems. I found I was missing two loaves of bread, and about 1kg of mince (my plan was to make a load of lasagnes for the freezer). It was a little odd they were missed. These are big, and not exactly rare or unusual items. But hey, mistakes happen. I understand that. The real question is how are they handled by the company…

There wasn’t an online way of reporting a problem so I called ICA. They didn’t quibble about the report. They immediately put through a refund. But if I wanted the missing items I had to place another online order, and then call them to look for a refund of the delivery charges.

Excuse me? They made the mistake. But I was expected to take three steps to get if fixed (as well as making sure I was at home when the replacement delivery turned up). That is not exactly outstanding customer service**. I pointed this out to them and while the CSR was sympathetic there was nothing she could do. This seems like a clear signal to check out their competitors.

MatHem is probably the best known one in the Swedish market. They are a pure play online delivery outfit – only around since about 2010. The expectation would be that an internet only company will have a different and more supportive attitude to their customers? I shall have to see***.

In the Spring when I could not drive my slightly less enviromentally nasty automobile, I was on the bus all the time. And there is a high chance that is where I picked up (my probable case of) Covid. So I found myself at home, unable to go to the shops. And also unable to use any internet grocery service, as their lead times shot up to 2 weeks once everyone else was at home. What was an infectious person to do?

Fortunately I have good friends. They were able to pick up stuff for me, and drop it to the door. So if the virus would not get me, starvation wouldn’t either. One friend asked his girlfriend to do the drop as she would be working in the area. She left the bags at the door with some treats from her work as well. But you see she works for Fonus, one of the large Swedish funeral chains.

Which meant that later when people asked me how I was doing I could also tell them that the undertaker has been and left her card and brochure! 🤣

* People are quick to blame the insurance companies for this. They may be making big profits (I don’t know), but I would place the blame at the liability law that allows the claims and the payouts. A different legal framework in Austria and Sweden means the Irish experience is not repeated – and *shock* the roads feel safer! But the Irish legal profession are doing very nicely out of the local system. And they have managed to avoid most of the public anger over “compo culture”.

** In general customer service in Sweden is good. Once you reach a human that is. There are horrible queues to talk to real people on phone support lines. But it is a world away from Austria. There the idea that a customer could make a complaint is met with puzzled confusion. And you can forget any chance of them actually taking some sort of action.

*** Word has it that MatHem is burning through their investors money while they try and make a profit in the online grocery business. I don’t have a problem with getting some VC/TechBros pay to deliver my groceries to me! 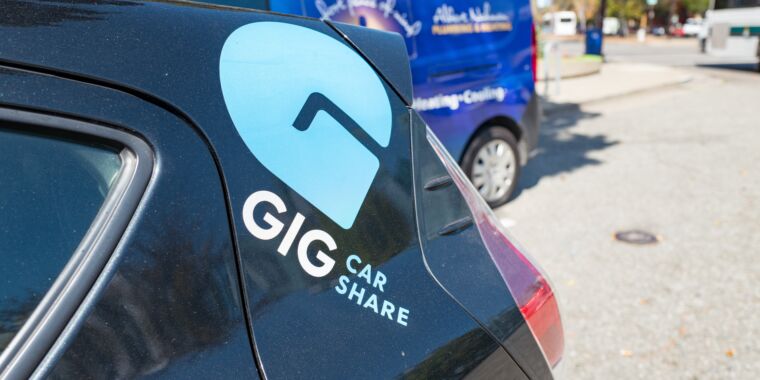