Where in the world – my personal extremes. 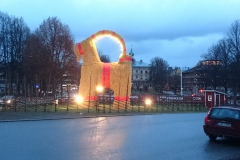 When the family and I drove up there, that set a new personal record for how far north I have been on the planet. It got me thinking about what are the other extreme locations on the planet I have been too.

My list is below. And over time I will change these as I exceed them.

When I originally posted about this on Facebook, I asked a few people to talk about their personal extremes. It was a fun enough exercise and I will repeat it here for anyone who wants to.

There is One rule, doing it in a airplane doesn’t count. You have to have had feet on the ground (or in the water).

I would recommend checking Lat/Long in Wikipedia. Google maps can be deceptive.