17th June 2019 / seamusk / 0 Comments
After a couple of years of DuoLingo, which has served me well, I have finally started Swedish classes. Three weeks into them I am happy to say I am making progress, but I have also hit a few speed bumps along the way. This morning I hit the worst one…
In the class I was asked to come up with a sentence using the past tense form of the Swedish verb – “att göra” which is “To Do” in English. I couldn’t. My first suggestions were wrong, and I drew a blank on alternatives. And funnily enough I think the Irish language is to blame. 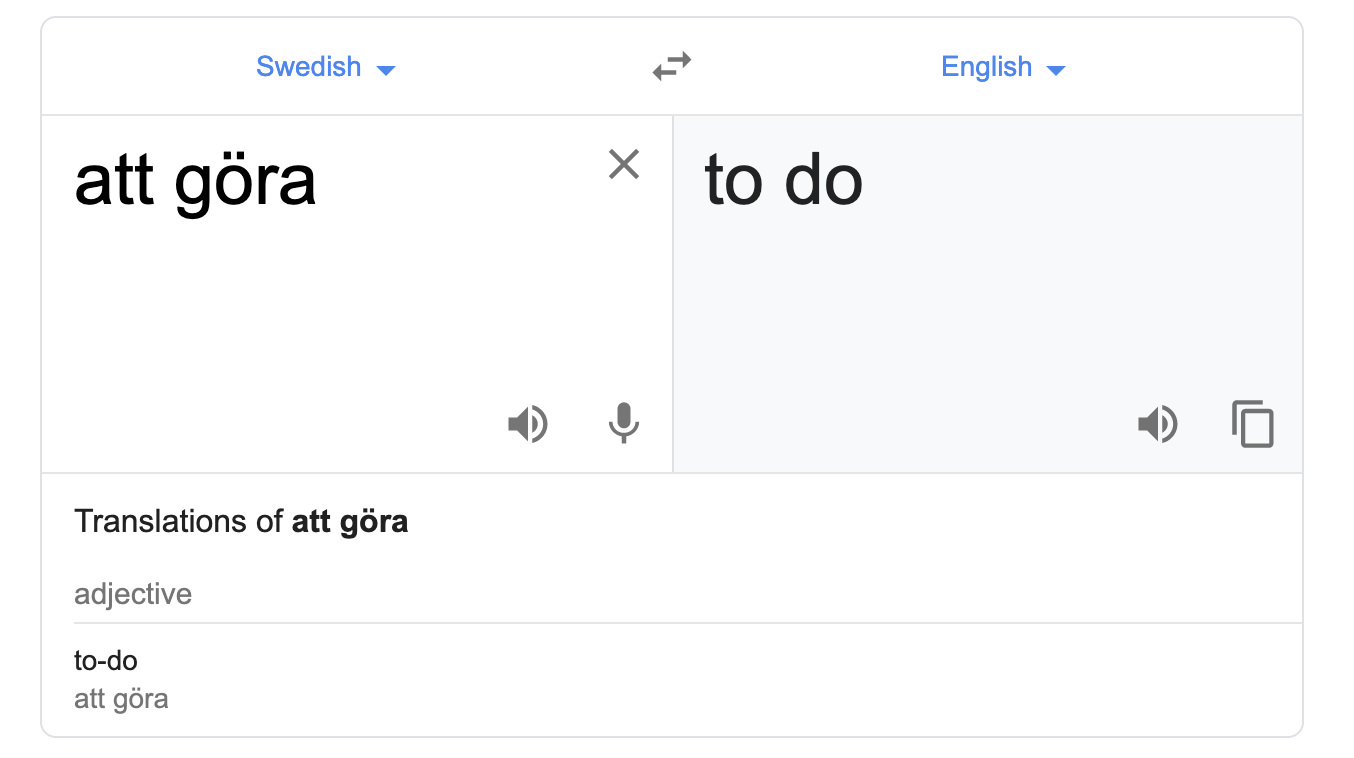 Irish doesn’t have a clear yes or no like English, or Swedish. So “I am” or “I am *verb*” is often used to answer questions. e.g. “Are you going to town” – “I am going“. And people also use forms of “I do“. Like: “did you put out the cat?” – “I did“. This use of Do carries over into how Irish people can speak English. The most famous/notorious example would be someone saying “I do be going for the dinner later“.
So when I was asked to provide a sentence in Swedish with “I did…” I couldn’t. Everything I thought of using a form of “I did *verb*” was wrong in Swedish. And I couldn’t think of any other example, even in English. My brain was hurting. And it was only as I left the class I figured out that it was probably Irish that was causing me the problem! 😀