It looks like the Starlink satellites are already causing problems for the scientific community. There are less than 1% of the planned constellation of sats in orbit but they have begun interfering with astronomical observations. And if the company gets its way the dozens they have today will grow to tens of thousands! 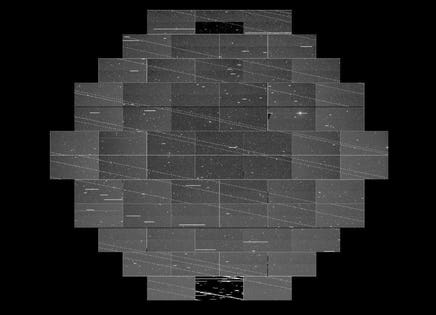 ‘This Is Not Cool!’ - Astronomers Despair As SpaceX Starlink Train Ruins Observation Of Nearby Galaxies
Two astronomers expected to see distant stars in their telescope this morning. Instead, they saw a train of satellites in SpaceX’s Starlink mega constellation.

Leaving aside the whole question of whether this is the best way to provide internet connectivity to the unserved (full disclosure I work for a company that is committed to alternatives like 5G), what could be done to help?

Two things spring to mind. First, to get around the light pollution issue the best location for the astronomer’s telescopes would be in orbit, above the problem satellites. And secondly in most of the world the principle is “polluter pays”.

My humble proposal then is that Starlink’s parent, SpaceX, should be responsible for providing a constellation of space based telescopes in orbit for astronomers. There is a lovely symmetry to this. SpaceX touts their ability to reduce the cost of access to space, and how their work benefits humanity in the long term. They are have the rockets, and are building/commissioning satellites by the bucket load anyway. And the astronomers would then get an improved platform for observations.

The article does mention that there is no legal protection for the scientific observation community. But in most of the world, the western bit anyway, regulatory approval would have been conditional on an impact assessment. And it would be possible to make permission to proceed conditional on making sure that impacts are mitigated. Wouldn’t it have been great if Starlink could not get their project rolling until they had built dozens or hundreds of space based telescopes first?