Hiking in Sweden with Meetup.com

Being in a new country makes it hard to know where to go to for hikes and walks. Good for me then that I found the Stockholm Outdoor group on Meetup and they had a walk this weekend north of Stockholm.

As my first meetup I didn’t know what to expect. It turned out to be  a pretty mixed group. The leaders, and core were Swedes who have a love of hiking* and seem to be the regular organisers of events. Most of the rest are expats. Everyone I talked to had some degree of walking experience. It was pretty friendly group and it was easy to strike up conversations as you went along. Much like any hiking group really.

The walk itself was along a route through the Runby nature reserve, and alongside Lake Mälaren. For the most part we were on a way marked trail. In Sweden this means that you could be on a road, or path, and sometimes you go cross country on slightly rougher ground. But there was nothing technical or unsuitable for children lets say. The trail was marked by orange paint spots and bird houses in trees. A map would be a good idea, but it would be very hard to get lost.

This being outside Stockholm it was pretty level. We went up one or two hills, but I doubt any of them was more than 60m high. Oh, and the weather was good. Cold (about freezing), but little wind, and other than one small snow/sleet shower it was dry and clear all day. 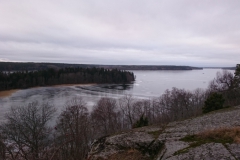 The scenery was pretty good. The start was in a suburb and then we headed into the woods. Much of the route skirted Lake Mälaren, so the views were nice. We had lunch on a small hill top which was the site of some iron age ruins, and we even passed a Swedish castle on the way home**.

A highlight though was seeing all the people skating on the lake. Most were doing the same thing we were – going on a long distance excursion, just on the ice. What I learned about this type of skating was: 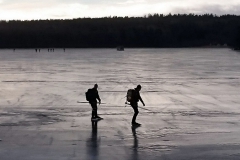 It was a good day out. I will definitely try and get hiking/walking with the group again. I did miss getting to go up something, but the walk and the company were worth the trip, and I will be back.

* I kept referring to it as a “walk” and I kept getting corrected. Probably residual snobbery from my mountaineering days, where if there isn’t at least 500m of ascent, it can’t actually be a hike.

** My tracker say 19.25km, with 390m ascent. Which apparently was 1400kcal burned with another 300 kcal cycling to and from the station. So I don’t feel guilty about the tea and biscuits I had back home. 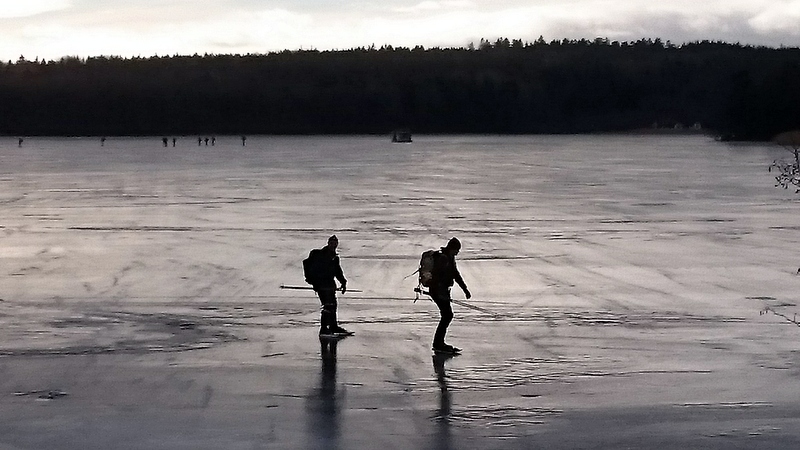 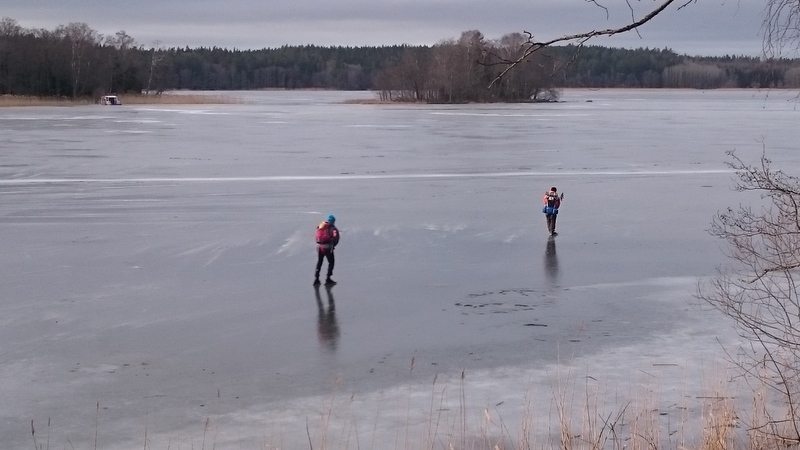 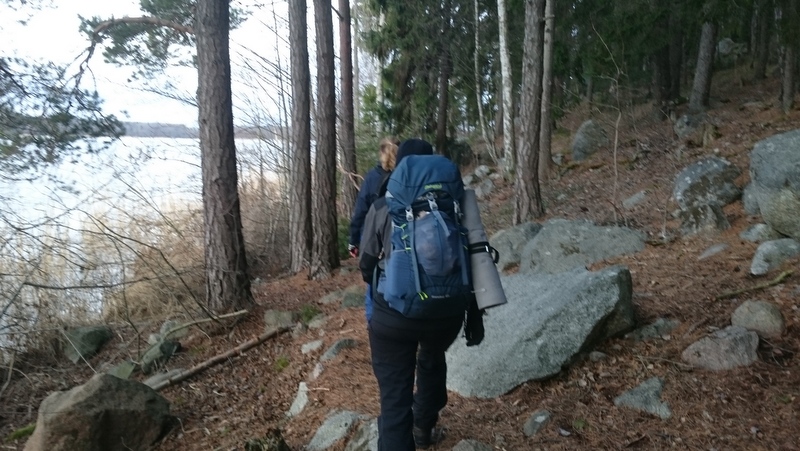 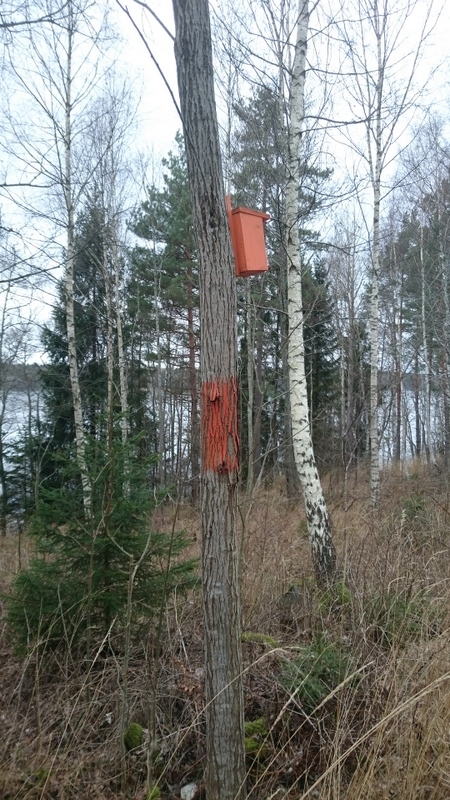 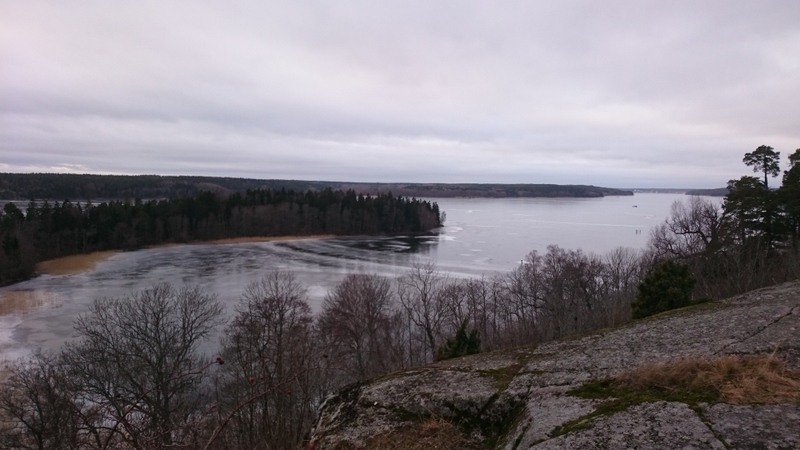 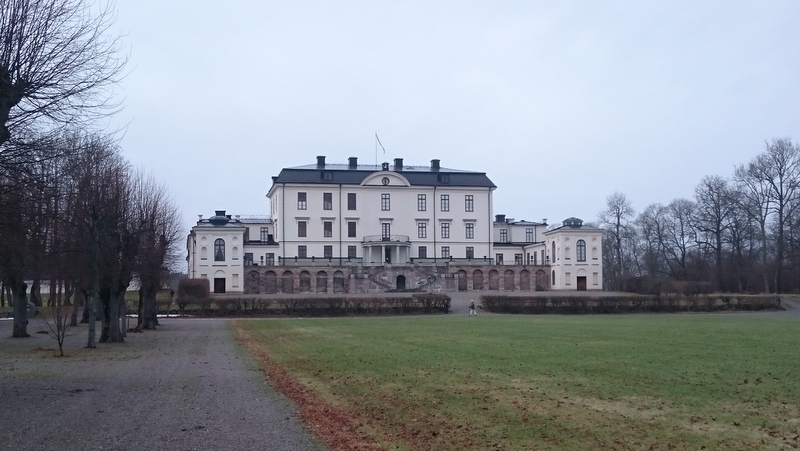 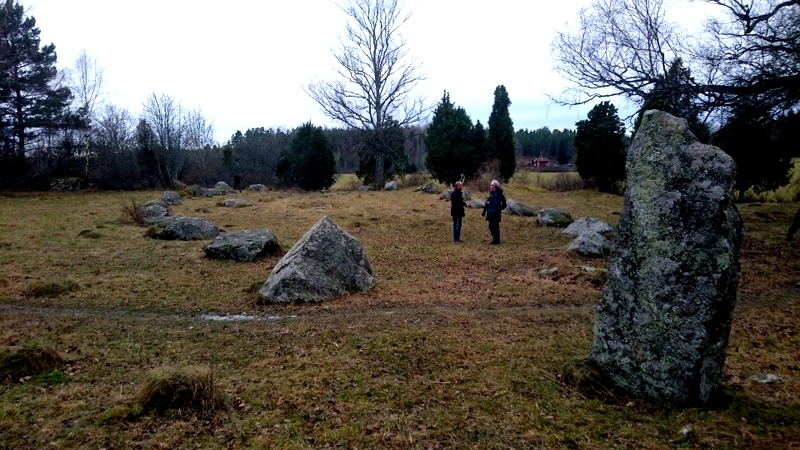