This week’s hike with the Stockholm Outdoor group from Meetup.com was in the Lunsen National Preservation Area 50km North of Stockholm. It’s an area of about 35 square kilometres, mostly forested, often swampy, and about as wild as you can get this close to the city.

It had snowed on Thursday so we had great conditions with temperatures of -4C and clear skies. There was enough snow to make everything pretty, but not so much that it made the going difficult.

Like the last walk the area was very well equipped. The trails were wide and easy to find with good markings and signs. Much of the route was on the Uplandsledden which we had walked on two weeks before. A lot of Lunsen is swampy, but any of the wet stretches had a board walk. I can guess that the place would be far less fun in the summer when the mosquitoes are rampaging. 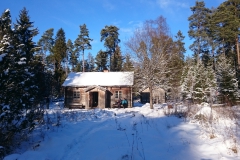 Lunch was had at the Lunsentorpet. This log cabin sits in a clearing, and is open to all who want to use it. Inside there was some simple furniture, 6 bunks, and a huge traditional range and oven. It has no running water or electricity though. At the back was an outhouse for those that needed it, and in the clearing there were a few well equipped fire pits and a bivvy shelter. I will freely admit that I would love to own such a retreat in the woods. That would be my dream bolt hole. I would just prefer mine not to be in the middle of a swamp. 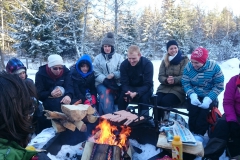 Our group had brought fire wood, and a load of sausages. I am told this is the Swedish way of doing hiking. I wasn’t too keen on the long stop though and found myself getting cold. But I was able to retreat to the cottage where the stove had been lit.

The walk leaders set a good pace again this week. It was a shorter walk though. And I was surprised to see two people in jeans. Probably worse was the one who did the walk listening to music on full ear covering headphones all the time. Philistine. They were “Beats” though, which is a clear indicator of someone who doesn’t know anything about decent music hardware.

This week I learned: 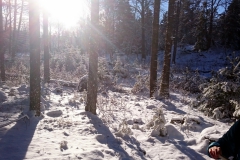 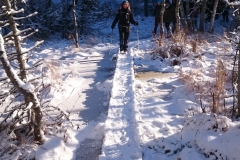 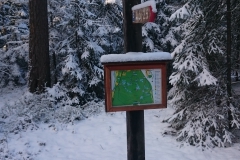 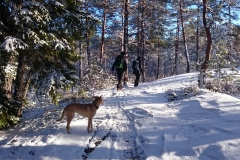 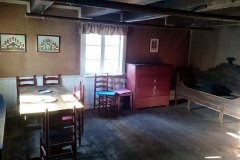 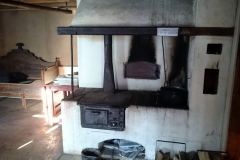 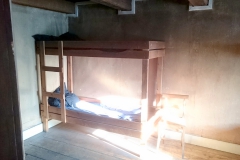 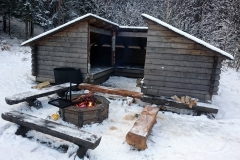 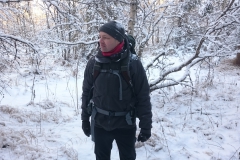